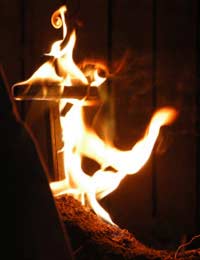 Travelling abroad often means travelling to areas where religious discrimination can be present. In some areas of the world this will not be surprising while in others it may be unexpected. Finding out about local attitudes towards religions, understanding a community's views about women and religion, researching your own religious practices in a specific area and deciding how to respond to religious discrimination are all important for women preparing to travel overseas.

Finding Out About Local Attitudes Towards Religion

Religion is often very tightly woven into the culture of an area, so finding out about local attitudes towards religion can help females interested in travelling to a specific area learn more about that community. In some places it will not be surprising that religion is present in the local communities, such as in Israel which is a Jewish state. In other places it might be surprising just how many different attitudes towards religion are held in the same place, such as in the United States of America which has a rich diversity of religions among its citizens. However, just because a country officially is or is not a specific religion does not mean that you can stop researching. Try to find out about the religious history of a place, religion as it is now practiced in an area, any religious disagreements that have occurred in a given location and the place of women in a particular religion and region.

Understanding a Community's Views About Women and Religion

Some religions teach very specific views of the role of women in spiritual and everyday life. This can often be greatly different from what women experience in secular Western society. For example, in some Muslim areas women may be expected to wear a veil and keep themselves covered even if they are not Muslims. In some Orthodox Jewish areas women may be expected to seat themselves apart from men, refrain from touching men (even in a handshake) and avoid making eye contact with men. In some fundamentalist Christian areas it may be taught that women are men's helpmates and as such should defer to men. By understanding religious teachings about women, and how these teachings play out in everyday life, females hoping to travel in specific areas can get a better idea of what their travels might be like and how they can expect to be viewed once they arrive.

Researching Your Own Religious Practices in a Specific Area

Specific areas of the world may be intolerant towards specific religions. This intolerance may come to the fore if a specific religious symbol is seen, when religious rituals are carried out or even when a name that is considered typical of a specific religion is heard. If you are religiously observant and thinking of travelling overseas, spend some time finding out about your own religious practices in particular areas. Is it safe to worship in a given area? Would it be safe to wear jewellery with religious symbolism? Would it be safe to carry religious texts with you? Is there a house of worship available for you? Is there an established community of others who belong to your religion? The more you can find out about your own religion in an area the better you can plan your travels there.

Deciding How to Respond to Religious Discrimination

Religious discrimination when travelling abroad is still a very real threat for many women. Finding out about local attitudes towards religion, understanding a community's views about women and religion, researching your own religious practices in a specific area and deciding how to respond to religious discrimination are all important for women planning to travel abroad.