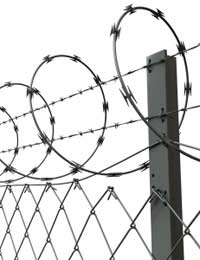 Racial segregation may be illegal in the United Kingdom but that doesn’t mean that it may not exist in other areas of the world. Segregated societies are still present in our world, whether formally or informally, based on race, religion, gender and/or other variables, and women must be aware of these divisions if they are planning to travel to places where such segregation dictates the way of life. As tourists it is not usually in women’s best interests to attempt to question, protest or overthrow such segregation. Instead, women should remain sensitive to the fact that they are outsiders and that their contrary beliefs may put themselves and other people in danger.

Racial segregation, or the division of a society based on memberships of particular races, is formally outlawed in the Western world. However, racial segregation may still be a way of life in other areas of the world and may still informally exist in parts of the West. Racial segregation may go even further than the division of races, however, and may extend to include the division of individuals based on ethnicity as well. For women travelling in racially segregated areas it may be important to determine how they are viewed first and foremost, as a woman or as a member of a particular racial group. Women should also be aware that to be viewed in such a racial light may stir up surprising emotions and having a journal or travel companion ready to discuss these emotions may make it easier to cope with these feelings. Racial segregation almost necessarily means that there will be some type of racial discrimination in a particular society, so travellers should be aware of this before they decide to visit such societies.

Religious segregation, or the division of a society along religious lines, may encompass elements of racial segregation and gender segregation within it. In countries or areas that have an official religion, minority religions may not be respected or even tolerated. Within particular religions, specifically orthodox or fundamentalist religions, certain roles may be ascribed to individuals based on gender. For example, viewing women as the helpmate of men and therefore destined to perform certain tasks and take on or give up certain rights and responsibilities will affect the way that members of that religion or society treat women. It will also affect how women behave within that religion or society. Women who will be travelling to overtly religious areas should research the view of women in these religions to better understand what will be expected of them in terms of dress, behaviour, body language and more. Following the lead of local women will help female tourists better understand what is expected of them in these societies.

Gender segregation, or the division of societies along gender lines, may be formal or informal. Particularly in religious societies women may be expected to do or not do, say or not say, even think or not think particular things simply because of their gender. Many women will feel as though they are being discriminated against in these circumstances and from their standpoint this may well be correct. Gender relations will likely be different than female travellers and will be used to these segregated societies, and gender issues that women expect may not be issues at all. However, attempting to change another society as an outsider could put such women, and any local women they befriend, in physical danger. Women who visit a society segregated by gender and would like to work to change these circumstances should wait until returning home and then contact organisations working in the area to see what would be most appropriate for them to do on this subject.

Segregated societies can be confusing for outsiders who do not understand the reason for the segregation or what is expected of them when they are visiting the society. Female travellers should be protective of their own safety when travelling in segregated societies and take care not to voice any dissent or contrary beliefs that they may hold. Usually it is best for women to voice their opinions when they are safely home and can contact organisations that may be working for change in such societies already.